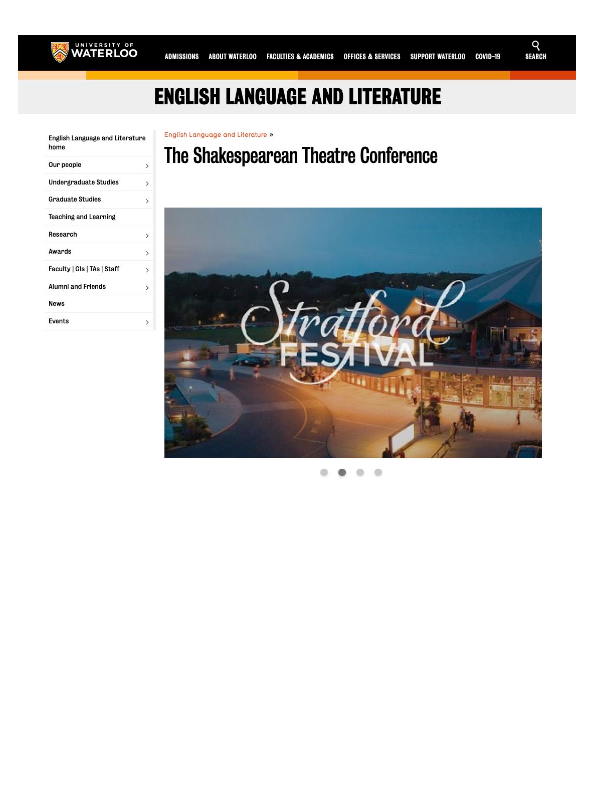 The social justice turn in the arts may have become more visible during the pandemic, but it has been a key ingredient in world cinema and theatre. Even before these global crises, anti-feminist, white nationalist, transmisogynist, and anti-immigrant movements have used the ideas of otherness to evoke a range of disruptive identities and to attack legal and social human rights.

Fortunately, ideas of otherness are also a major driving force for global arts that inspire, cure, and rebuild. The performing arts, in particular, have leveraged the global reach of canonical works for social justice causes.

I use the notion of social reparation here to theorize remedial uses of Shakespeare in adaptations that give artists and audiences more moral agency. Since acting involves embodying and channeling the pathos of the characters, performances have become the primary area where beliefs in the remedial functions of art are manifested and contested.

In my talk today I would like to explore two aspects of embodiment: race and gender.

The 4th Shakespearean Theatre Conference, “Shakespeare in a Changing World,” will take place at Stratford Festival, Canada, from June 15-18, 2022. In the wake of the pandemic’s great interruption, it will ask how the study and performance of Shakespearean theatre might respond to the rapid and very real changes we are witnessing, while also investigating the relationship of this theatre to the similarly rapid changes of Shakespeare’s time.

The Shakespearean Theatre Conference is a joint venture of the University of Waterloo and the Stratford Festival, and brings together scholars and practitioners to talk about how performance influences scholarship and vice versa.

The Festival has announced a 2022 season that includes Hamlet, Richard III, All’s Well That Ends Well (the last two in the beautiful new Tom Patterson Theatre), and Wole Soyinka’s Death and the King’s Horseman, as well as two world premières: Hamlet-911, by Ann-Marie MacDonald, and 1939, by Jani Lauzon and Kaitlyn Riordan.