How to Pronounce Her Name 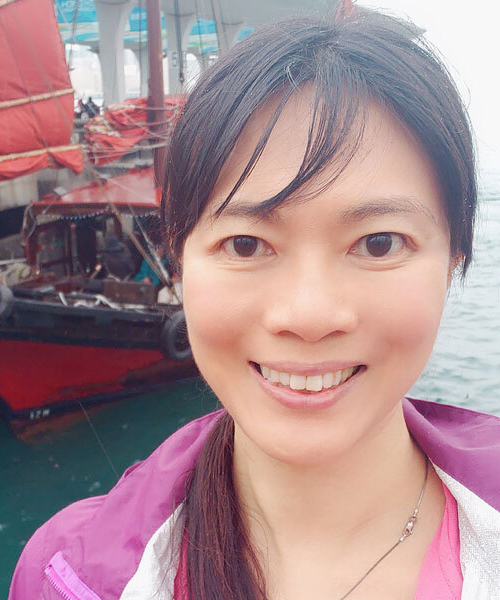 Alexa Alice Joubin (name pronunciation) writes about race, gender, cultural globalization, Shakespeare, disability, and film and theatre. She teaches in the Departments of English, Women's, Gender and Sexuality Studies, Theatre, International Affairs, and East Asian Languages and Literatures at George Washington University in Washington, D.C., where she serves as founding Co-director of the Digital Humanities Institute. She holds affiliate appointments in the Institute for Korean Studies and the Sigur Center for Asian Studies.

The recipient of the Modern Language Association's Scaglione Prize for Comparative Literary Studies and George Washington University's Trachtenberg Research Award, an honor established by the President Emeritus, she is the author of Shakespeare and East Asia (Oxford University Press, 2021), co-author of Race (with Martin Orkin, Routledge, 2018), editor-in-chief of The Palgrave Encyclopedia of Global Shakespeare, general editor of The Shakespearean International Yearbook (a peer-reviewed annual publication), editor and translator of Sinophone Adaptations of Shakespeare: An Anthology, 1987-2007, which was published in 2022, and co-editor of Onscreen Allusions to Shakespeare (2022), Local and Global Myths in Shakespearean Performance (2018) and Shakespeare and the Ethics of Appropriation (2014), book review editor of Chinese Literature and Thought Today, and editor of the Palgrave book series on Global Shakespeares.

In her leadership and editorial roles, she has featured diverse voices and launched the careers of junior and minority researchers in the US, Canada, the UK, Brazil, Turkey, Kuwait, Taiwan, and South Korea.

For instance, she serves on the editorial or advisory board of several journals, publishers, and digital projects, including Renaissance Drama (University of Chicago Press), SHAKSPER (a forum founded in 1992), and Fundación Shakespeare Argentina. She is a founding executive board member of the Asian Shakespeare Association.

Access and equity are key themes in Alexa's work. As the chair of the Modern Language Association committee on the New Variorum Edition of Shakespeare, she oversaw the publication budget and helped to bring the edition that was founded in 1860 into the digital era by releasing the full XML files as open-access resources. She has also chaired other MLA committees, including the Prize for an Edited Collection Selection Committee and the executive committee on East Asia. As the chair of the Shakespeare Association of America's Shakespeare Publics Award committee, she has worked to recognize pioneering efforts to sustain broad and diverse Shakespeare publics through activism.

Her writing has been supported by fellowships and grants from the Fulbright Distinguished Chairs Program, Renaissance Society of America, American Council of Learned Societies, Folger Institute, Stiftung Mercator (Germany), Canada's Social Sciences and Humanities Research Council, and other organizations.

An award-winning teacher, Alexa's goal is to ensure equal access to knowledge and to further our understanding race and gender in the mobility of early modern and postmodern cultures in their literary, performative, and digital forms of expression.

She has received the 2022 Writing in the Disciplines Distinguished Assignment Design Award as well as grants for course development, such as the 2021 Online Course Development grant and the 2022 Adapting Course Materials for Equity Faculty Grant (impact of the project) which enables her to create openly licensed textbook with open-access online interactive learning modules: Screening Shakespeare. The web-based companion can be used by anyone to teach students how to analyze films, particularly the themes of race and gender in Shakespeare films (news story).

At George Washington University, she co-founded the Digital Humanities Institute to foster a new campus culture that increases STEM students’ engagement in the humanities and humanities majors’ digital literacy.

As the general performance editor of the Internet Shakespeare Editions (an open-access, peer-reviewed project founded at the University of Victoria, Canada, in 1996), she expanded the database’s multimedia collection and enhanced its pedagogical value. She established a new collaborative structure of regional editors and a new structure for metadata to better account for such ephemera as playbills.

At the Massachusetts Institute of Technology, she is Research Affiliate in Literature and the founding co-director of MIT Global Shakespeares, an open-access performance video archive funded by the Mellon Foundation. Through that open-access project, she has spotlighted artistic and academic works by people of color, created undergraduate and doctoral internships and research positions in digital publishing, and enabled students, artists, and researchers to access primary research materials freely. (Read a review of the digital project here.)

She held the Fulbright Distinguished Chair in Global Shakespeare Studies at Queen Mary University of London and the University of Warwick in the UK. She currently serves as a Fulbright Ambassador.

In her outreach work as a public humanist, Alexa has given a congressional briefing on the humanities and globalization on Capitol Hill and a TEDx Fulbright talk, been interviewed by the BBC, The Economist, NPR, The Washington Post. She has been a frequent contributor to various media platforms and news outlets. She has done advocacy work through the US Department of State and Department of Education.

During her tenure as Vice President of the Association for Asian Performance, the oldest scholarly organization dedicated to the study of Asian performance, and Vice President of the Mid-Atlantic Region Association for Asian Studies, (MARAAS), she has helped to enhance the diversity of the organizations' membership, workshop offerings, and conference programming.

Social justice and diversity are key components of Alexa's teaching, research, and service. As a faculty senator, Alexa has been involved in a number of initiatives to foster more inclusive representation of racialized minorities. She has directed the Dean’s Scholars in Shakespeare, a signature program in the Columbian College of Arts and Sciences that played a key role in student recruitment and retention. In the English department, she has served as the director of graduate studies, director of the MA program, and graduate job placement officer.

She has brought her expertise in digital humanities to serve her campus as a member of the University Strategic Planning Committee for Online Education, Digital Scholarship Center planning committee, the Institute for Advanced Study of Cultural Heritage Planning Committee, the Advisory Council for Global Humanities, the Vice Provost for Teaching and Learning’s Task Force on Digital Literacy and Multimedia Writing, the Columbia College of Arts and Sciences research advisory committee, and others.